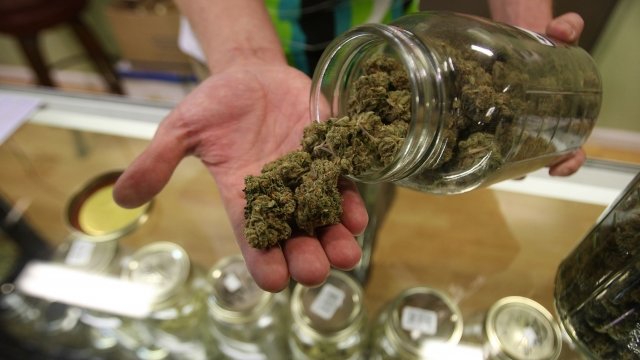 In two studies published Monday, researchers discovered states with some type of legal marijuana saw a decrease in opioid prescriptions.

Researchers say this indicates patients might be using marijuana to manage their pain instead of opioids.

As the authors of one study summed it up, "These findings further strengthen arguments in favor of considering medical applications of cannabis as one tool in the policy arsenal that can be used to diminish the harm of prescription opioids."

According to the Centers for Disease Control and Prevention, opioids were involved in more than 42,000 deaths in 2016.