Rescuers Searching For Dozens Of People After Taiwan Earthquake 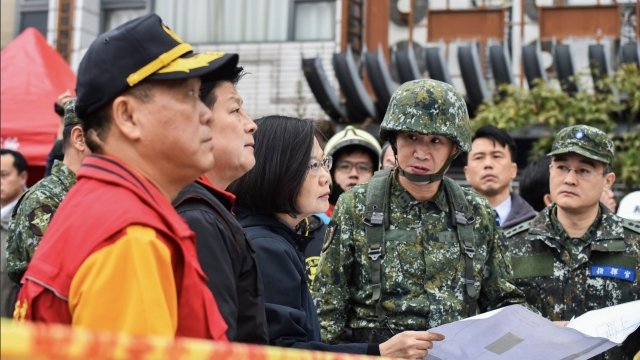 SMS
Rescuers Searching For Dozens Of People After Taiwan Earthquake
By Katherine Biek
By Katherine Biek
February 7, 2018
Officials believe many of the people reported missing after a magnitude 6.4 earthquake struck Taiwan could be in damaged buildings.
SHOW TRANSCRIPT

Rescuers are scrambling to locate dozens of people following a deadly earthquake in Hualien, Taiwan, on Tuesday.

The magnitude 6.4 quake caused buildings to collapse and left some leaning at sharp angles. Officials think many of the people reported missing could be trapped in some of those damaged buildings.

Beyond the missing, officials told The New York Times at least six people are dead and more than 250 are injured.

Taiwan is regularly hit with earthquakes since it lies where two tectonic plates line up. In fact, at least 19 weaker quakes hit Taiwan on Tuesday prior to the magnitude 6.4 earthquake. Since that major quake struck, more than 150 aftershocks have been recorded.