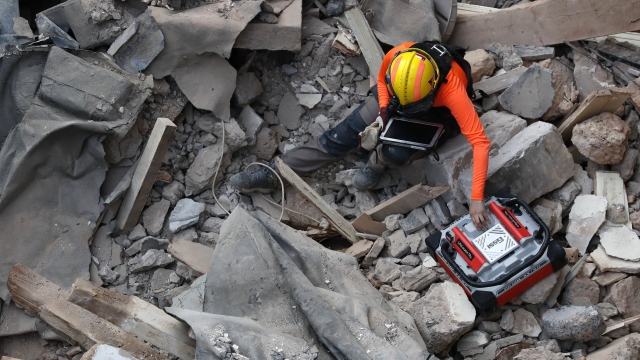 The search is on for a possible survivor of last month's deadly explosion in Beirut.

Rescue teams say they found signs of life under the ruins of one of the collapsed buildings.

The search is taking place exactly a month after the blast sent a shockwave that devastated much of the Lebanese capital.

It's considered one of the biggest non-nuclear explosions ever recorded, killing at least 180 people, hurting thousands and leaving hundreds of thousands homeless.

Additional reporting by Hussein Malla of the Associated Press