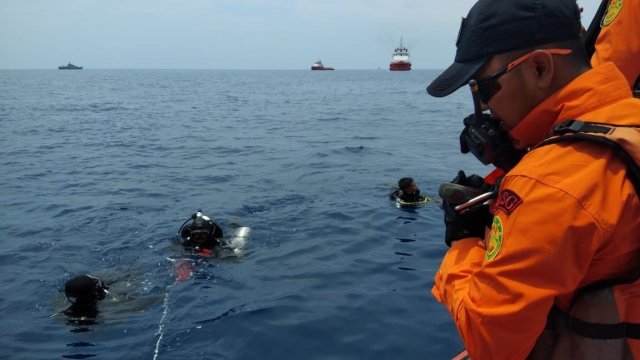 Rescue teams have found the black box of the Indonesian plane that crashed into the sea on Monday with 189 people on board.

The device records flight data and will help determine why the plane went down— which, up until now, has been unclear. An official told CNN it'll take a couple of weeks to read the data from the black box and a few months to analyze it.

Indonesia's National Search and Rescue Agency says the new Boeing 737 disappeared from radars Monday morning. The plane reportedly made a request to head back to base shortly after takeoff but didn't send out any distress signals.

The rescue agency said the emergency beacon on the plane was registered and declared good until August 2019.

Rescue teams have recovered some bodies, victims' belongings and pieces of debris from the plane. No survivors have been found.