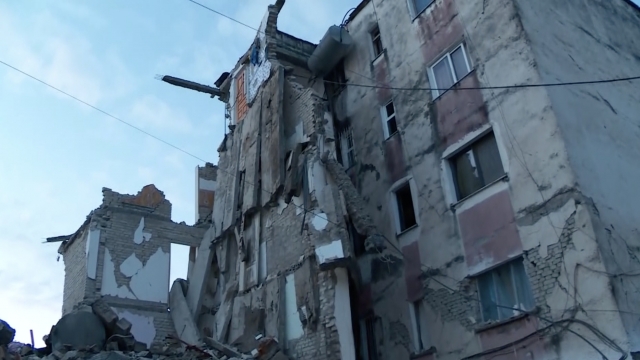 More than a dozen people have died after the 6.4 magnitude quake struck roughly 20 miles northwest of Albania's capital on Tuesday.

Search and rescue operations are underway in Albania following a 6.4 magnitude earthquake.

The quake struck roughly 20 miles northwest of the country's capital of Tirana early Tuesday. The U.S. Geological Survey reported it was a shallow earthquake, hitting about 12 miles below the surface.

People were asleep when buildings began to topple, according to reports. More than a dozen people died and hundreds more were injured. Rescue crews have pulled at least 28 people out of the rubble.

The Balkans are located on top of multiple fault lines, making Albania prone to seismic activity. But Albania hasn't been hit with an earthquake this powerful since 1979, when a 6.9 magnitude quake killed 136 people.