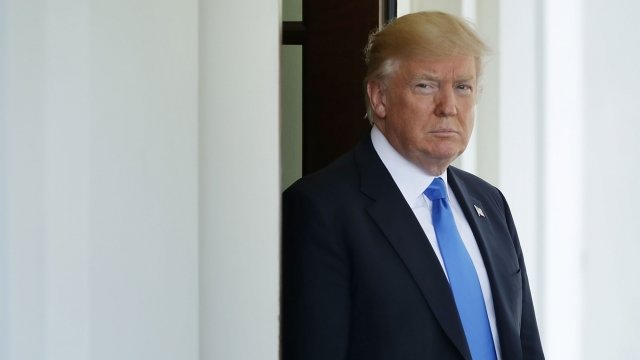 By Grant Suneson
July 26, 2017
House Democrats will have to wait and see if they'll get more info about Trump's conflicts of interest.
SHOW TRANSCRIPT

Republicans on the House Financial Service Committee blocked Democrats from digging into some of President Donald Trump's financial conflicts of interest.

Democrats wanted documents from the Treasury Department about the financial relationships that Trump, his family, his campaign associates and his businesses had with several foreign banks and financial institutions.

But Republicans shot it down on a straight party line vote 34-26. Committee Chairman Jeb Hensarling said that since other committees were looking into Trump, he won't expend resources on the request.

The request included lots of organizations, including Russia's government and several of the country's banks. But maybe the biggest was Deutsche Bank.

The massive German financial institution lent money to Trump after a string of bankruptcies made it tough for him to get money from American banks. He's reportedly gotten $4 billion from Deutsche Bank in loans and bonds over the past two decades.

We know from his disclosures that Trump owes at least $150 million to Deutsche Bank. Politicians are concerned that the president's finances have created a conflict of interest with a company that's run afoul of the government a lot recently.

In the past two years, the bank has been fined more than $10 billion for manipulating interest rates, selling toxic mortgages and laundering money for some Russian clients.

The Fed is nonpartisan, so it's unclear if its chair, Janet Yellen, will comply. But we should have our answer by Aug. 21.