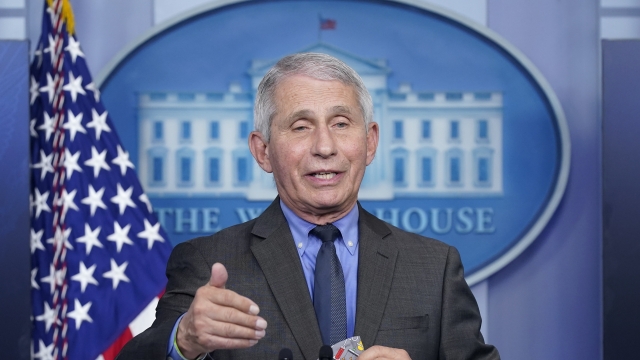 SMS
Republicans Attack Dr. Fauci On Emails, Claim He Misled Americans
By Alex Arger
By Alex Arger
June 5, 2021
The emails, dating back to the beginning of the pandemic, provide no proof that Dr. Fauci sought to cover up the origins of the virus.
SHOW TRANSCRIPT

Attacks on Dr. Anthony Fauci from the political right have ramped into overdrive this week, following the release of his emails spanning the early days of the pandemic.

The emails sharing information on COVID-19 have become the latest hot topic on conservative news channels, even though they neither indicate a cover-up of the origin of the pandemic nor provide any evidence of wrongdoing. Nonetheless some Republicans - including Missouri Sen. Josh Hawley - are calling for Fauci's resignation.

It's a new strategy Republicans have taken in an effort to turn the public against President Biden. However, 71 percent of Americans support his handling of the pandemic, according to a recent AP poll.

Republicans are attacking Fauci in an attempt to promote an unproven hypothesis that the coronavirus could have spread from from a Chinese lab. Fauci has said the virus was most likely spread "from an animal species to human" but he told CNN he hasn't ruled out "it could have been a lab leak."

On Thursday, Rep. Steve Scalise demanded Dr. Facui be called to testify before Congress on the virus' origins. And President Trump is also taking aim at the emails as proof of a conspiracy.

But the White House is standing behind the chief medical adviser and his credibility.