Republicans Are More Likely To Think Poorly Of College — Here's Why 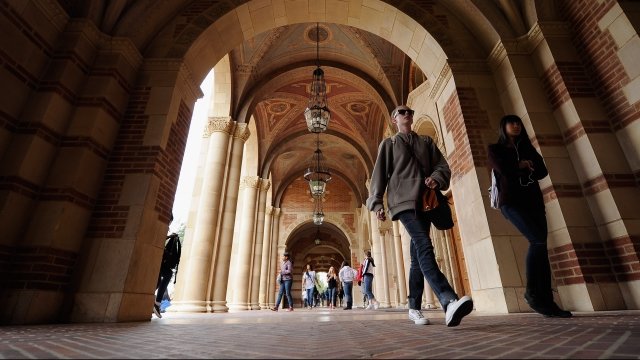 Republicans don't appear to think too highly of higher education — and that's an issue that's dividing the country.

The difference is more stark within the group itself. Two-thirds of the conservative Republicans surveyed held negative views of colleges and universities. Among moderate and more liberal-leaning Republicans, that dropped to a little less than half.

Pew says this data shows a dramatic shift in viewpoints. Just two years ago, a majority of Republicans and Republican "leaners" saw higher education in a positive light. By 2016 the viewpoints were more split, and now the majority is negative. 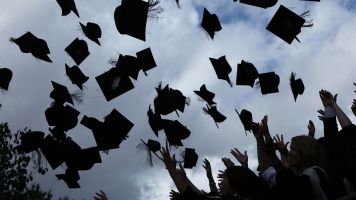 Some experts say this could be happening because of the rising costs of higher education combined with the difficulty of finding post-graduate employment. With this in mind, some people are seeing colleges and universities as less valuable than they used to.

One expert even told the Chronicle of Higher Education that college is seen as a "production facility for Democratic beliefs." Conservative media outlets have been quick to criticize campus culture as "coddled" and a threat to free speech.

There is, in fact, research to support that academia leans heavily to the left. A recent study found that the overall ratio of Democratic to Republican professors was almost 12-to-1. Another survey found that only 14 percent of professors interviewed identified as Republicans, making it one of the most liberal industries in the country.

Some have theorized this is because of academia's reputation for progressive values. Conservative criticism of colleges and universities may deter Republicans from attending them.

Going beyond just how these diverging viewpoints are forming, statistics from the 2016 presidential election show that the split on education is also having an effect on politics.

A report from FiveThirtyEight found that Hillary Clinton did best in highly educated counties, while Donald Trump soared in the least educated ones. It concluded that education levels were the critical factor in predicting who would vote for Trump.