Obamacare Is Popular With Conservatives. So Is Repealing It. 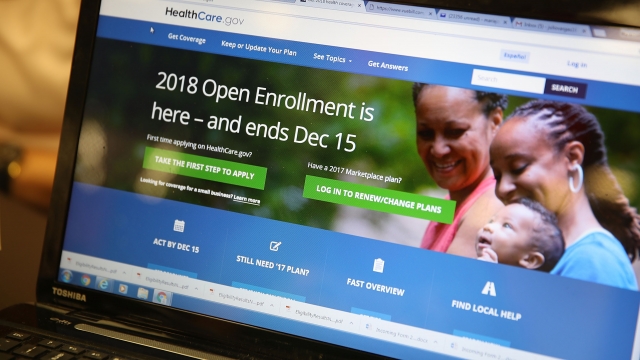 Trump has renewed the fight over Obamacare in a likely attempt to fire up his base, but is repealing the health care law what they really want?

In a move likely intended to appeal to his base, President Trump has renewed the GOP's promise to repeal and replace the Affordable Care Act.

But while repealing Obamacare might sound good to a lot of Republicans, public opinion polling shows that a lot of the major provisions of the health care law are actually popular with conservative voters.

A November survey from Kaiser Family Foundation found 66% of Republican voters support allowing children to stay on their parents' insurance until they turn 26.

Sixty-eight percent said they like having fewer out of pocket costs under the ACA and 58% said they want guaranteed coverage for people with pre-existing conditions.

But 7 in 10 Republican voters say repealing the health care law should be a top health priority for Congress and the same number also say they want to see it overturned in the courts.

So if they like most of the things that Obamacare does, then why do many Republican voters say they want to see the health care law overturned?

"They're sort of echoing what they hear their leaders saying, right? And Republican leaders from the beginning have been very consistent with their messaging on this law; it's a bad thing, it needs to be repealed, take it away," said Liz Hamel, director of director of public opinion and survey research at the Kaiser Family Foundation.

There is one thing Republican voters are clear about when it comes to health care, they want lower costs.

Sixty-four percent of Republicans said in a 2017 Kaiser poll that their top health care concern was lowering the amount individuals pay for health care. That's in line with Independents (65%)  and Democrats (70%).

Trump could fire up his base around health care again if he can convince voters that getting rid of Obamacare is the best way to make their health care cheaper.

But it's a risky move politically, and it's one that could play right into the Democrats' hands.

Health care was a top issue in the 2018 Midterms and it's one of the reasons Democrats made major gains in the House.

So while promises to repeal and replace Obamacare could excite Republican voters, Hamel says a better strategy for Republicans would be to focus more on specific policy issues that affect health care costs like prescription drug prices and surprise hospital bills.

"That is something that's really going to resonate with people because really when you think about a people's top concern, it is about their own out-of-pocket costs," she said.