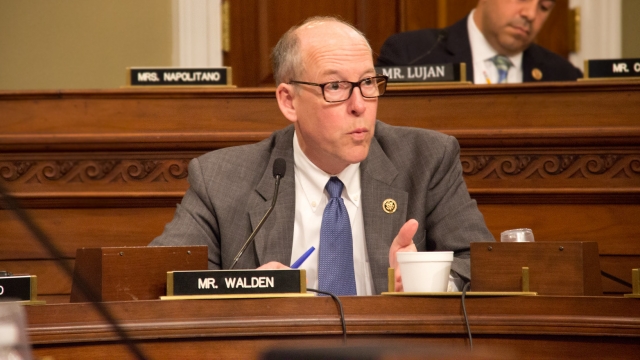 Rep. Greg Walden of Oregon announced Monday he will not run for another term but will leave Congress in January 2021.

The 62-year-old was first elected to the House of Representatives in 1998 and is currently the top Republican on the powerful House Energy and Commerce Committee.

Walden said in a statement, "I will not seek re-election to the U.S. House of Representatives, nor election to any other office, but instead I will close the public service chapter of my life, thankful for the friends I've made and the successful work we've done together."

Walden said he's confident he would have been elected to a 12th term but that he's going to pursue new opportunities. His departure will leave a huge district covering a conservative part of Oregon up for grabs.

Walden was instrumental in last year's bipartisan legislation aimed at combating the opioid epidemic and also played a key role in the GOP's efforts to repeal Obamacare in 2017.

He is the latest of several Republicans in Congress to announce their retirement or resignation this cycle, which will make it tough for the GOP to take back control of the Democratic-majority House.