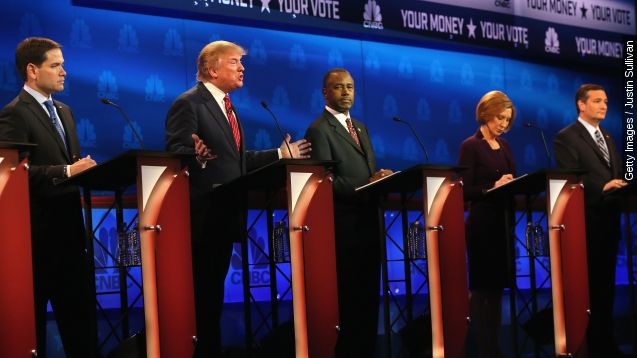 The Republican National Committee is still unhappy with NBC. So much so, it will no longer let the network host an upcoming Republican debate.

The RNC and its chairman, Reince Priebus, are still fuming over the treatment of Republican candidates during CNBC’s October debate. (Video via GOP)

"You know, I thought maybe they would bring forward a pretty fair forum here tonight. But I think it was one gotcha question, one personal low blow after the other," Priebus said.

Breitbart reported committee members voted unanimously to keep NBC from hosting a February debate in Houston, instead giving the coverage to CNN.

After the debate, NBC said it would try in "good faith to resolve this matter with the Republican Party," but the two evidently failed to reach a consensus. (Video via CNBC)

The RNC said it would maintain its partnership with Telemundo, though the channel is owned by NBCUniversal. The debate is now scheduled for Feb. 25.