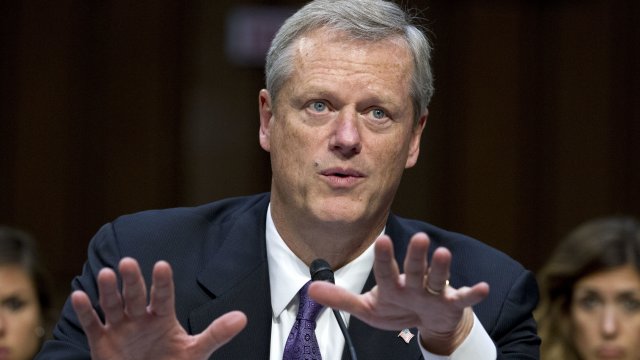 SMS
Some Republican Governors Criticize Presidential Transition Delay
By Newsy Staff
By Newsy Staff
November 11, 2020
Two governors are among a handful of Republicans publicly urging the president to start helping with the transition process.
SHOW TRANSCRIPT

Most people in the president's administration continue to support his efforts to challenge the election results. But some members of his party are criticizing him.

Massachusetts Gov. Charlie Baker called stalling the transition process "unacceptable," and Maryland Gov. Larry Hogan said the delay was "a mistake for the country" and for the Republican Party.

The two Republican governors are part of a small group of GOP leaders who have spoken out against the president's claims of widespread election fraud.