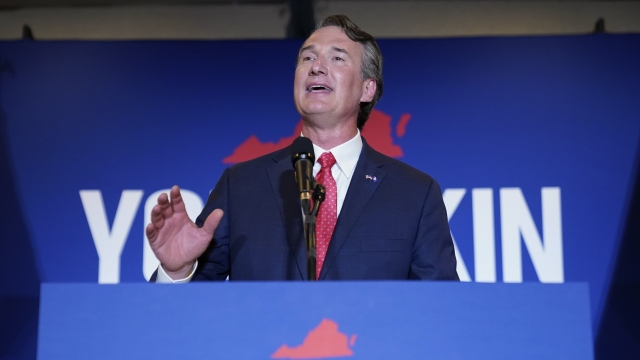 The 54-year-old Youngkin's defeat of Democrat Terry McAuliffe marked a sharp turnabout in a state that has shifted to the left over the past decade and was captured by President Joe Biden last year by a 10-point margin.

It is certain to add to the Democrats' anxiety about their grip on political power heading into next year's midterms, when the party's thin majority in Congress could be erased.

"Together we will change the trajectory of this commonwealth," Youngkin told cheering supporters in a hotel ballroom in Chantilly, about 25 miles west of Washington. .

The elections were the first major tests of voter sentiment since President Biden took office, and the results were a stern warning sign for the president's own support.

His administration has been shaken repeatedly in recent months, beginning with the chaotic withdrawal from Afghanistan, challenges in emerging from the pandemic and a legislative agenda at risk of stalling on Capitol Hill.

Youngkin, a political neophyte and former private equity executive, was able to take advantage of apparent apathy among core Democratic voters fatigued by years of elections that were seen as must-wins.