Reports: US To Sanction Russian Oligarchs Over 2016 Election Meddling 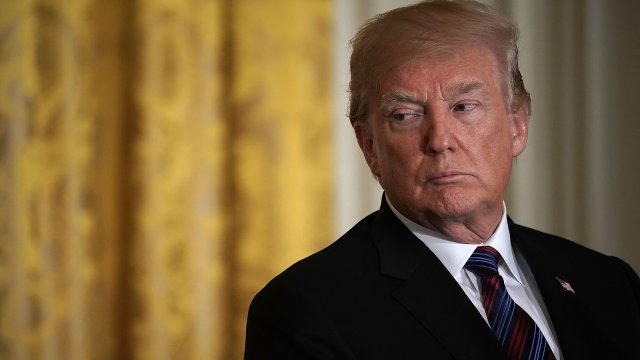 The new sanctions will reportedly target Russian oligarchs, some of whom have ties to both President Vladimir Putin and the Kremlin.

The sanctions could reportedly be announced as soon as Thursday. That news comes as Russia's relations with the West have deteriorated following accusations the Kremlin was behind the poisoning of a former Russian spy in the U.K. It also comes amid reports special counsel Robert Mueller is questioning Russian oligarchs in his ongoing investigation into possible Russian collusion with the Trump campaign.

Mueller reportedly stopped two Russians when they traveled to the U.S. and searched one's electronic devices. CNN reports Mueller has requested information from a third oligarch who hasn't come to the States. Mueller is reportedly trying to determine if any Russians funneled illegal cash to the Trump campaign.

Russia has denied any involvement in the 2016 U.S. election and the U.K. poisoning.