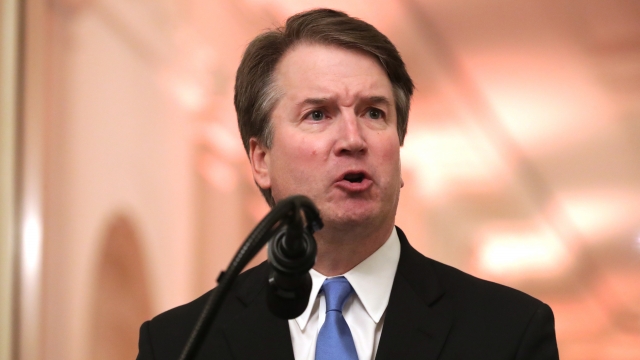 Following a New York Times report about another sexual misconduct allegation against Supreme Court Justice Brett Kavanaugh, new information suggests the FBI was aware of that allegation before Kavanaugh's confirmation.

One of the people who accused Kavanaugh of misconduct last year was Deborah Ramirez. She told The New Yorker that Kavanaugh had exposed himself to her during a party while they were both freshmen at Yale. Kavanaugh denied the allegation, calling it "a smear, plain and simple."

But The New York Times revisited Ramirez's story on Saturday and reported on a separate allegation that echoes hers. Another one of Kavanaugh's former Yale classmates said he saw the future justice expose himself to a female student at a different party. That classmate said he'd reported the incident to senators and the FBI, but that the FBI did not investigate.

On Monday, the Los Angeles Times reported one of those senators was Chris Coons. A spokesperson for Coons told The Washington Post that the senator sent a letter to FBI Director Christopher Wray asking the agency to follow up on the new allegation just a few days before Kavanaugh's confirmation. The spokesperson also said the FBI acknowledged receiving Coons' letter at the time.

The New York Times says the female student involved in the newest allegation had declined to be interviewed, and that friends say she does not recall any such incident.

President Donald Trump responded to the reports on Twitter Sunday, saying "the lies being told about [Kavanaugh] are unbelievable" and that he "should start suing people for libel, or the Justice Department should come to his rescue."