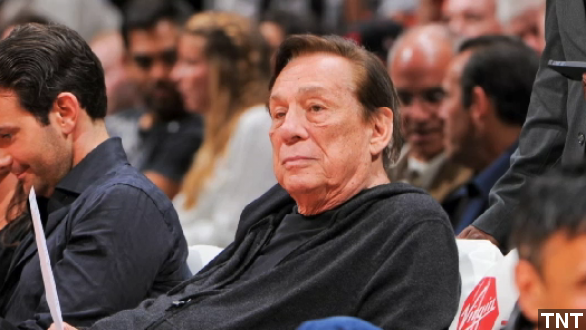 By Briana Koeneman
May 2, 2014
Days after he was banned from the NBA, sources say Los Angeles Clippers owner Donald Sterling has been battling prostate cancer for years.
SHOW TRANSCRIPT

"An ESPN report says that 80-year-old Sterling has been battling prostate cancer." (Via CNN)

Sources confirmed to both ESPN and the New York Post that Sterling has been fighting the disease for some time now.

One source told the Post, "They thought he would die two years ago... People have been predicting his imminent demise. I’m sure he has the best . . . drugs money can buy. He can do anything to keep himself alive."

But players Blake Griffin and Chris Paul both told reporters they were unaware of Sterling's cancer. (Via Wikimedia Commons / Keith Allison / Tim Shelby)

Griffin told ESPN Thursday night, "If that is true, my thoughts and prayers are with him. Nobody deserves to go through something like that." And Paul told the outlet it was "truly unfortunate."

But not everyone on Twitter shared the same sympathetic sentiment for the disgraced Clippers owner.

Sterling was banned from the NBA for life and slapped with a $2.5 million fine earlier this week after TMZ released audio of him making racist remarks to his girlfriend.

As Sports Illustrated reports, the NBA advisory committee voted unanimously to follow commissioner Adam Silver's recommendation to force a sale of the Clippers.

Sterling has owned the Clippers for 33 years. He still has yet to make any public statement on the incident or his reported cancer.