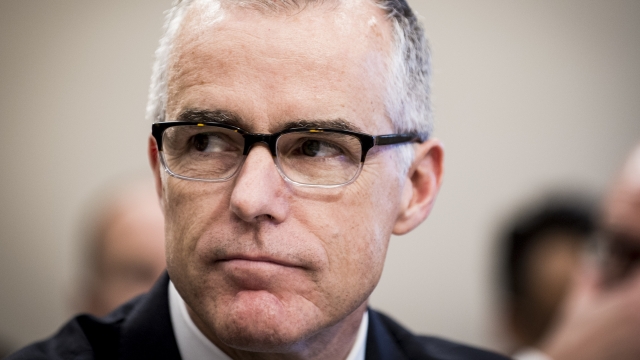 Former FBI Deputy Director Andrew McCabe could face prosecution after the Justice Department rejected an appeal in a case against him. That's according to multiple news outlets citing people familiar with the situation.

According to those outlets, a U.S. Attorney in D.C. recommended moving forward with charges against McCabe. McCabe's lawyers appealed that recommendation, but the Justice Department has rejected it.

Prosecutors can now ask a grand jury to indict McCabe. But it's unclear if they'll take that step.

McCabe, a frequent target of President Donald Trump, is accused of lying to investigators about whether he authorized a leak about an FBI investigation into the Clinton Foundation to journalists. His attorneys say any charges related to those accusations would be politically motivated, and McCabe has denied any wrongdoing.

McCabe sued the FBI and the Justice Department last month over his firing. He alleges he was forced out by political pressure from President Trump.