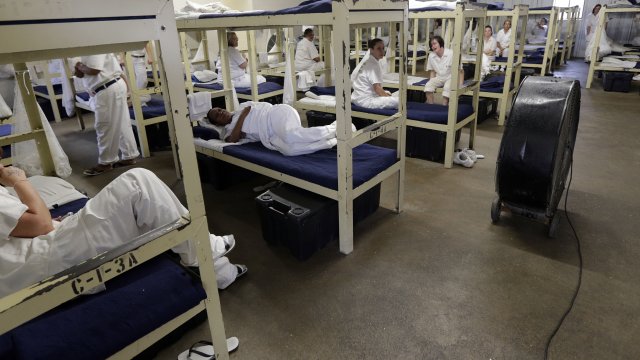 The U.S. Commission on Civil Rights released a more than 250-page report detailing the treatment of women in prisons. According to the commission, women in state and federal prisons across the country receive harsher punishments for minor offenses than men.

Catherine Lhamon is the chair of the civil rights commission. She was appointed by the Obama administration in 2016.

"Women can be subject to solitary confinement for swearing, which would typically not happen for men. And so that can have psychological impacts. It can impact availability of good time credits that could allow somebody to exit prison sooner," Lhamon said.

This report reinforces a similar report from NPR in 2018 which showed "women were disciplined two to three times more often than men for more minor violations of prison rules."

Lhamon says this disparity in treatment comes, in large part, from the sheer number of men in prison compared to women. Prisons are not tailoring their policies, programs or facilities to women, but rather just using what they've developed for men.

"That application of policies designed for men to women can dramatically harm women's experience of incarceration in ways that are not tied to a rehabilitative purpose, not tied to safety in prison, but just instead connected to having been developed for men," Lhamon said.

But the women's prison population has been rapidly rising for the last decade. The rate of growth for female imprisonment has been twice that of men since 1980, and over the last 30 years the number of incarcerated women increased by more than 750%.

Lhamon is calling for female prisons to institute gender-specific training and better equip their facilities to handle the health needs of women. Some prisons that have instituted these "gender-responsive" policies have noticed substantial changes in behavior.

In Alabama, following a Department of Justice investigation and landmark consent decree, the state's Department of Corrections instituted a "gender-responsive" policy. It ultimately saw a 47% decrease in infractions from the previous year. Massachusetts saw a similar drop in assaults and 60% drop in suicide attempts after instituting these policies.

"People return to society from prison. And if what we have taught them is that discrimination is acceptable, that they are not worthy of our government's focus and support, then when they return to our communities, they will act on those lessons," Lhamon said.