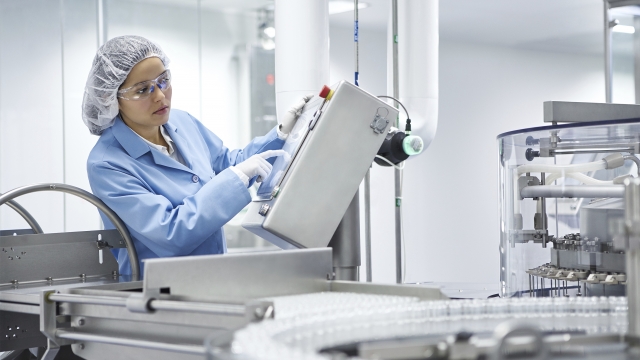 SMS
Report: WH Order Will Require That Certain Drugs Be Made In U.S.
By Ahmed Jawadi
By Ahmed Jawadi
May 15, 2020
Bloomberg reports the White House is preparing an executive order to require federal contracts for medical supplies to go to U.S. manufacturers.
SHOW TRANSCRIPT

The Trump administration is reportedly preparing an executive order to require certain essential drugs be made in the U.S.

According to Bloomberg News, which obtained a draft of the order, the directive would limit federal contracts for medical supplies to U.S. manufacturers. Although the draft doesn't specify which drugs or devices would be covered, they would include anything that would be needed during a public health emergency. It would make exceptions for supplies made outside of the U.S. in the event that domestic producers can't keep up with demand or if they raise prices by more than 25%.

According to the FDA, more than 70% of active pharmaceutical ingredients manufacturers supplying the U.S. are based outside of the country.