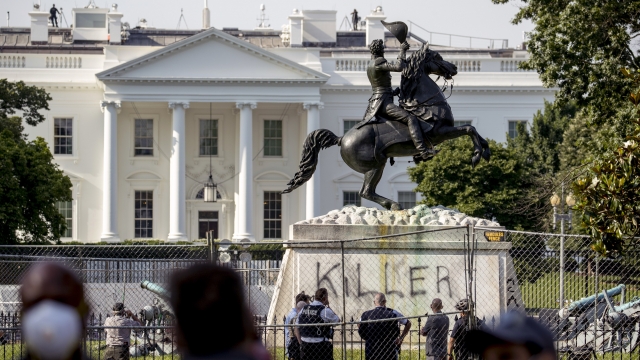 The Trump administration is taking steps to protect national monuments across the country, including enlisting the aid of the U.S. Marshals Service.

An email directive obtained by The Washington Post says the U.S. Marshals Service was "asked to immediately prepare to provide federal law enforcement support to protect national monuments (throughout the country)." The U.S. Marshals said the agency would begin coordinating efforts and can be ready to help as early as this week.

President Trump said Tuesday he would soon issue an executive order to "reinforce" federal criminal penalties against those who damage historical monuments. The president said at a press conference on Wednesday he believes "many of the people that are knocking down these statues" are doing so indiscriminately.