Report: Virus Expected To Bring Biggest Drop In Energy Use In 70 Years 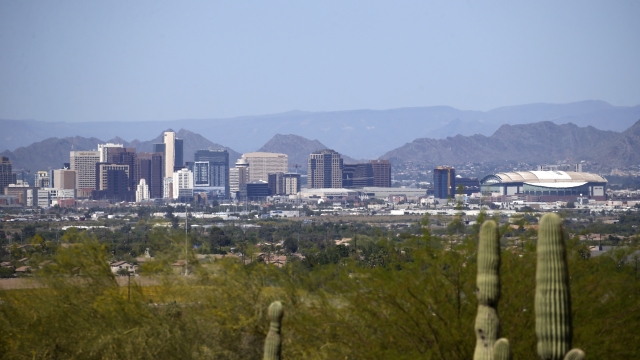 SMS
Report: Virus Expected To Bring Biggest Drop In Energy Use In 70 Years
By Peter Hecht
By Peter Hecht
May 1, 2020
The pandemic is expected to bring a decline in emissions around 8% in 2020, dwarfing declines seen during 2008's global financial crisis.
SHOW TRANSCRIPT

The coronavirus pandemic has dealt the largest shock to the global energy system since World War II. And that is creating cleaner air. Carbon dioxide emissions are expected to drop about 8 percent, dwarfing the declines seen during 2008's global financial crisis.

Those are the findings of a new report by the International Energy Agency.

It's says the coronavirus and the resulting economic collapse is strangely also providing a glimpse into a post-carbon world.

Fatih Birol, the International Energy Agency's executive director, said emissions will no doubt surge anew as the pandemic eases. But he also said: "Governments can learn from that experience by putting clean energy technologies — renewables, efficiency, batteries, hydrogen and carbon capture — at the heart of their plans for economic recovery."

Climate scientists say economic activity for now translates to more emissions. But witness the changing satellite images above China as people sheltered due to the virus. And in Northern Italy, as streets and towns emptied out, the skies also cleared.

Researchers say these lower emission levels are what is needed to fight climate change. But they that requires a vibrant economy that also relies on clean fuels.

So this is just a glimpse in time, says Zeke Hausfather, a climate scientist at the Breakthrough Institute. He says: "The fact that the biggest global economic contraction since the Great Depression will not make a dent in future warming should be sobering."

Yet Birol of the IEA says the pandemic may bring changes. He said, "The energy industry that emerges from this crisis will be significantly different from the one that came before.”