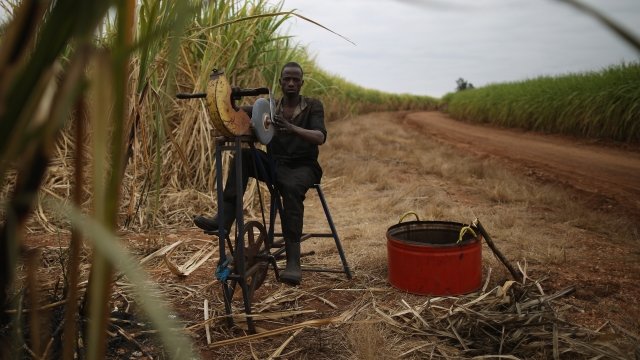 The U.S. Embassy in South Africa is reportedly trying to clarify what's going on with land seizures and violence against white farmers.

President Donald Trump tweeted about the issue last week after a Fox News segment about it.

"The president of South Africa, Cyril Ramaphosa, has begun — and you may have seen this in the press — seizing land from his own citizens without compensation because they are the wrong skin color."

The segment didn't mention attacks on farmers, but the president's tweet did. Based on the rest of his tweet, some interpreted it as a reference to allegations of racially motivated attacks on white farmers.

Now, Foreign Policy says it's obtained a memo about the issue from the U.S. Embassy in South Africa. The memo says researchers have found "no evidence that murders on farms specifically target white people." Instead, it says violence against farmers happens because the farms are remote and the response from law enforcement has been inadequate. The memo noted that murders of South African farmers are the lowest they've been in almost 20 years.

The embassy's new memo doesn't mention President Trump by name. It says, "Some journalists and lobby groups have simplified complex land disputes to serve their own ends."

As for the land seizures, South Africa's president has said he supports the expropriation of land without compensation. His party is proposing a constitutional amendment, but Parliament hasn't considered it yet.

The proposal is an attempt to address land distribution. White South Africans make up less than 10 percent of the population but own 72 percent of the land — an issue stemming from the country's apartheid past.