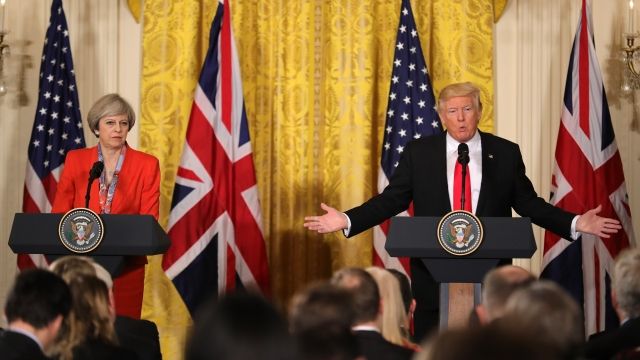 SMS
Report: UK Intelligence Found Russian Ties To Trump Campaign In 2015
By Grant Suneson
By Grant Suneson
April 13, 2017
The Guardian reported that the U.K.'s GCHQ warned the FBI that Trump's campaign could be in contact with Russian agents.
SHOW TRANSCRIPT

The ties between President Donald Trump's campaign team and Russia may have been known earlier than first thought.

GCHQ, the U.K.'s intelligence agency, learned of "suspicious interactions" between people close to Trump and Russian operatives, according to a report in The Guardian. This happened as far back as late 2015.

The story added that other U.S. allies, including Germany, Estonia, Poland and Australia, passed along similar information to U.S. intelligence agencies.

Sources said that U.S. intelligence services were slow to react to the information after it was handed over. Since being elected, Trump reportedly learned about GCHQ's involvement in the investigation. 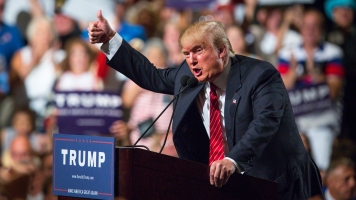 The White House later accused GCHQ of wiretapping Trump Tower by citing unsubstantiated speculation by Fox News' Andrew Napolitano. The news network later said it had no proof of that claim.

"Fox News cannot confirm Judge Napolitano's commentary. Fox News knows of no evidence of any kind that the now president of the United States was surveilled at any time in any way, full stop," Fox News anchor Shep Smith said.

It's important to note that GCHQ says it wasn't surveilling any American citizens, just the Russian agents they may have been in contact with.

The British government said the accusation was "utterly ridiculous and should be ignored." When pressed on the claim, Trump refused to apologize. 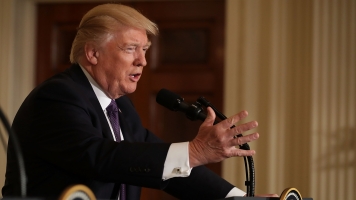 "We said nothing. All we did was quote a certain very talented legal mind who was the one responsible for saying that on television," Trump said in a press conference.

The FBI and both the House and Senate intelligence committees are investigating Russian attempts to influence the 2016 presidential election.