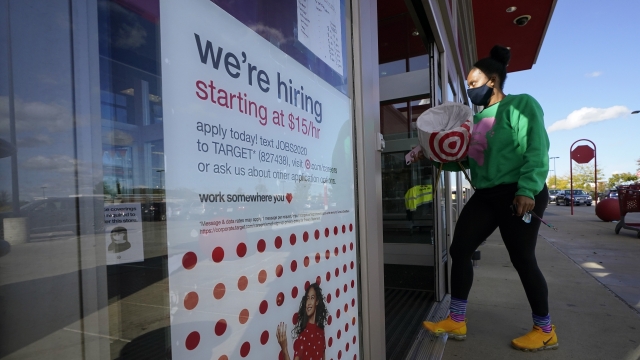 That's about 34,000 jobs fewer than were added in September.

The gains last month brought down the nation's official unemployment rate to 6.9%.

The construction and retail sectors showed particularly strong growth, but the U.S. still has roughly 10 million fewer jobs than it did before the pandemic ramped up in March.