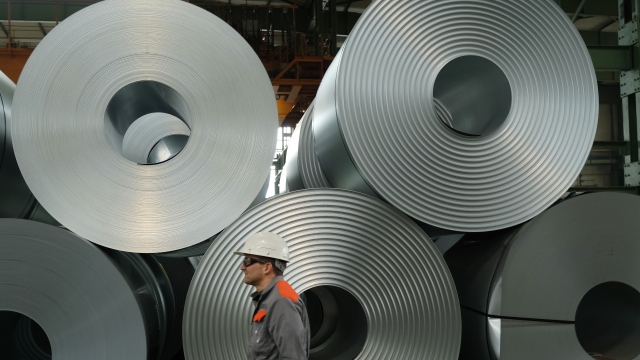 About 200 workers for United States Steel Corporation in Michigan will temporarily be without a job, according to a report from CNBC.

The outlet points to a filing made with the state of Michigan that says U.S. Steel is halting production at a facility in the state and the layoffs could last six months or longer. The company has not confirmed the reports.

Last year, U.S. Steel added around 300 workers in the Midwest when it restarted one of the blast furnaces at its plant in Granite City, Illinois.

But steel plant layoffs aren't unheard of, even after President Donald Trump imposed tariffs on steel and aluminum from Canada, Mexico and the EU.

Stack-On, a manufacturer that specializes in steel safes, laid off about 150 people in its Chicago-area plants last year. And Russian-based steel manufacturer NLMK laid off 80 workers at its Pennsylvania plant in June. NLMK blamed the layoffs on the tariffs, which it called "a failed policy."