Washington Post: U.S. Had Health Officials At WHO When Outbreak Began 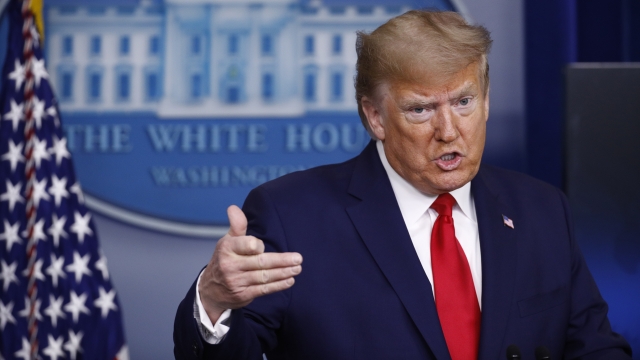 The Washington Post reports that American health officials at the World Health Organization were providing the Trump administration with real time information on the COVID-19 outbreak "late last year."

The outlet's report counters President Trump's recent criticism of the organization, which has included allegations of lack of transparency and delays in response to the virus.

According to The Washington Post, more than a dozen U.S. researchers, physicians and public health experts were working at the organization as part of a rotation that has been operated for years. In addition, the outlet reports that senior Trump-appointed health officials also consulted regularly with the WHO as the crisis unfolded.

In response to publication of this report online, the outlet says a spokesperson for the Department of Health and Human Services confirmed that there were members of the CDC at the WHO in January. However, in an email, the spokesperson reportedly emphasized that American officials were not decision makers and that the WHO should have been more transparent.

President Trump announced last week that the U.S. would be placing a freeze on funding to the WHO, despite outcry from other countries.