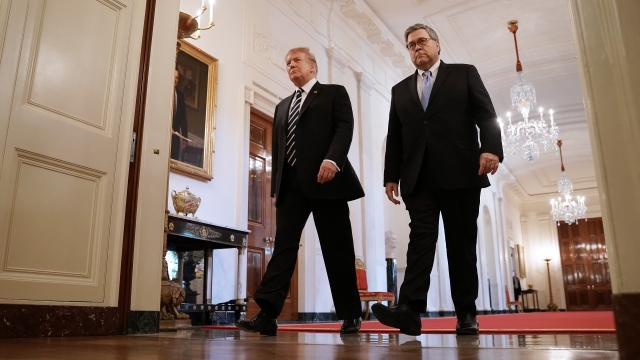 President Donald Trump is denying reports that he asked the attorney general to publicly say nothing illegal happened during his call with Ukrainian President Volodymyr Zelenskyy.

The Washington Post was first to break the story. Its report says President Trump wanted Attorney General William Barr to hold a news conference and declare no laws were broken in the controversial July 25 phone call. In that call, the president pressured the Ukrainian leader to investigate Joe Biden and his son, and that conversation is now a central part of the House's impeachment investigation.

It's not the first time President Trump has been accused of asking government officials to publicly clear his name. Prior to the Mueller report, President Trump reportedly asked two top intelligence officials to make a statement saying there was no evidence of collusion between his campaign and Russia. And former FBI Director James Comey testified that the president asked him to publicly declare that he wasn't personally under investigation during the Russian meddling probe.

On Twitter, President Trump repeatedly denied asking Barr to make a public statement about the Ukraine phone call. He called The Washington Post's story a "con job with an 'anonymous' source that doesn't exist."