Trump Will Reportedly Impose $60 Billion In Tariffs On Chinese Imports 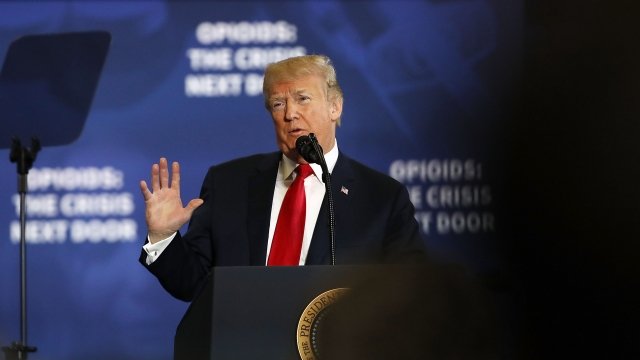 President Donald Trump is reportedly planning to unveil up to $60 billion in new annual tariffs on Chinese imports Friday.

That's double what was proposed in an earlier tariff package that aides presented to Trump. The tariffs would reportedly apply to more than 100 products Trump feels were developed using trade secrets stolen from the U.S. by China.

One person who discussed the plan with the Trump administration told Reuters the tariffs might be subject to a public comment period.

China is likely to retaliate if the tariffs go into effect. And on Monday, 49 of the U.S.' largest retailers — including brands like Target and Walmart — signed a letter addressed to the president warning new tariffs would hurt working families.