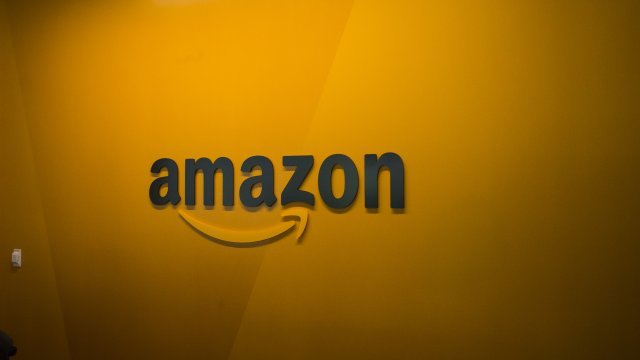 SMS
Report: Trump Spoke Privately About Taking On Amazon
By Austin Kim
By Austin Kim
March 28, 2018
President Donald Trump is "obsessed" with Amazon and wants to take on the retail giant, according to Axios.
SHOW TRANSCRIPT

President Donald Trump has reportedly spoken privately about plans to take on Amazon.

Five sources told Axios the president is "obsessed" with the retail giant. They say Trump believes Amazon isn't paying its fair share of taxes and is hurting brick-and-mortar stores.

We're guessing President Trump does not have an Amazon Prime membership. But White House press secretary Sarah Sanders said Wednesday the president has no plan yet to "go after" Amazon.

But he's reportedly been kicking around some ideas. Axios says Trump has wondered out loud about ways to get at the company through antitrust laws and by taking away some of its tax benefits.

Trump's resentment toward Amazon and its CEO has been going on for years. Most recently, he pushed for the U.S. Postal Service to charge Amazon "much more" for shipping services.

In 2016, he revoked press credentials for The Washington Post, which is owned by Amazon CEO Jeff Bezos. He also blasted Amazon multiple times on Twitter, accusing it of not paying enough in taxes.

But the news seemed to be enough to spook Wall Street. Amazon's shares were down just over 4 percent after Axios released its report.