Trump May Have Already Picked His New Top Economic Adviser 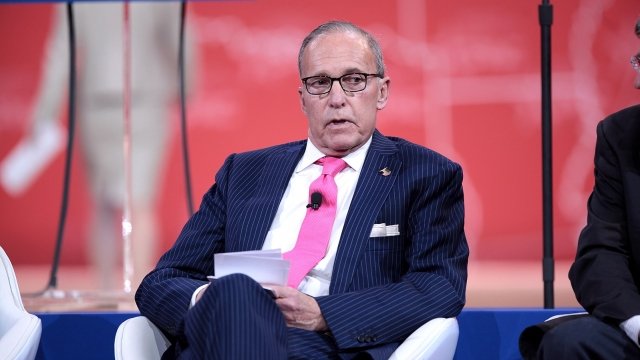 President Donald Trump has reportedly already picked out his replacement director for the National Economic Council.

The president reportedly told people Monday that Larry Kudlow will replace Gary Cohn as the top economic adviser in the White House  —  though according to CNN no one has made an official offer yet, so things could change.

It's an interesting choice. Cohn reportedly left the job in part because of disagreements with the president over his support of steel and aluminum tariffs — tariffs Kudlow also strongly opposes.

Kudlow is a CNBC contributor and former Reagan administration official. He also acted as an informal adviser to Trump during his 2016 presidential campaign.