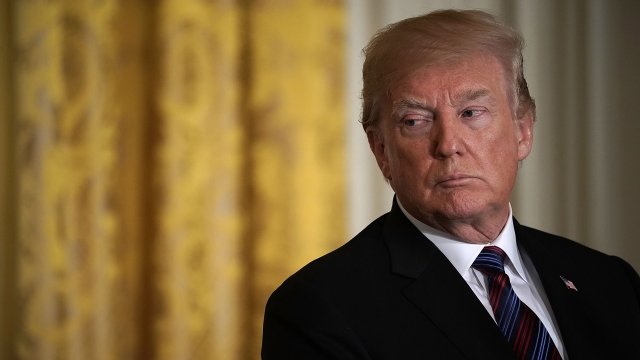 SMS
Trump Reportedly Not A Criminal Target In Mueller Russia Probe So Far
By Briana Koeneman
By Briana Koeneman
April 4, 2018
Sources told The Washington Post that the special counsel said the president is merely a subject of the Russia investigation.
SHOW TRANSCRIPT

Anonymous sources told The Washington Post on Tuesday that Mueller said Trump is merely a subject of his investigation into Russian interference in the 2016 presidential election.

According to the Justice Department, the subject of an investigation is someone whose conduct is "within the scope of the grand jury's investigation." And a target is a person who the prosecutor or the grand jury has "substantial evidence linking him or her to the commission of a crime."

But legal experts told the outlet that doesn't necessarily mean Trump is safe from becoming a target in the probe — especially if investigators get any necessary information from him during an interview.

Mueller has been looking to question Trump in the Russia probe for months. The president has reportedly expressed interest in sitting down for an interview.