Many Troops Recently Discharged For Misconduct Had Mental Disorders 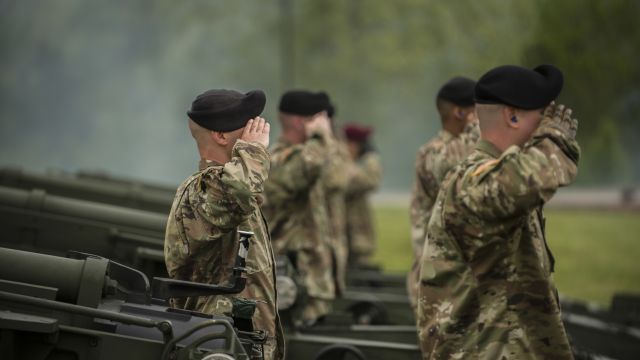 SMS
Many Troops Recently Discharged For Misconduct Had Mental Disorders
By Grant Suneson
By Grant Suneson
May 17, 2017
A government report found over 50,000 troops who were recently discharged from the military for misconduct were diagnosed with mental disorders.
SHOW TRANSCRIPT

A new study found that most troops recently discharged from the U.S. military for misconduct had some type of mental disorder.

A report from the Government Accountability Office looked at more than 90,000 service members who were separated for misconduct between 2011 and 2015. Of those, 62 percent had a mental disorder, like post-traumatic stress disorder, or a traumatic brain injury.

The GAO said most of the issues had to do with anxiety, depression, or struggles with drugs or alcohol.

This can lead to huge problems for the troops who lose their jobs, because the circumstances surrounding their discharge could cost them their benefits.

Without veterans' benefits, they could be on the hook for treating the disorders and illnesses they developed as a result of their service.

The report also found that the U.S. Army and U.S. Marine Corps may not have screened troops who were in the process of separating for PTSD or other disorders.

To help fix the problem, the GAO wants to ensure the military branches provide mental health screenings to separating troops and teach service members to recognize the symptoms of mental disorders.