Some Of Comey's Memos On Trump Might Have Classified Information 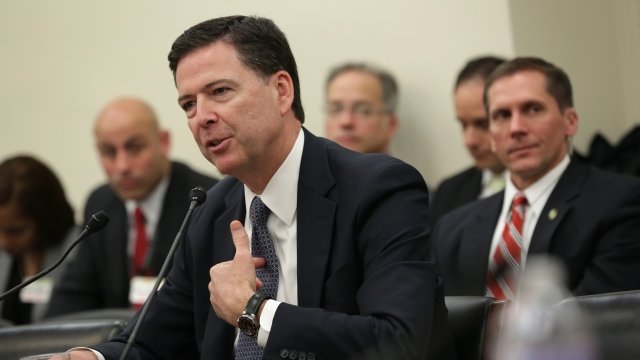 SMS
Some Of Comey's Memos On Trump Might Have Classified Information
By Katherine Biek
By Katherine Biek
July 10, 2017
The Hill reports more than half of the memos the former FBI director kept regarding his conversations with the president have classified material.
SHOW TRANSCRIPT

Former FBI Director James Comey previously revealed he kept records of his conversations with President Donald Trump. Now, The Hill reports more than half of those memos have classified information, according to anonymous sources.

Those sources say these new details were revealed when the memos were shared with Congress. And they told The Hill four of Comey's seven total memos were either marked "secret" or "confidential."

In June, we learned why Comey kept records of his conversations with Trump.

"I was honestly concerned that he might lie about the nature of our meeting, and so I thought it really important to document," Comey said.

And we learned why Comey shared one memo with a friend.

"I asked a friend of mine to share the content of the memo with a reporter. I didn't do it myself for a variety of reasons, but I asked him to because I thought that might prompt the appointment of a special counsel," Comey said. 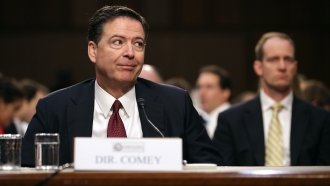 The White House Is Facing Bipartisan Pressure Over The 'Comey Tapes'

The friend shared the memo with The New York Times. It was about a Feb. 14 meeting, where Comey said Trump asked him to stop investigating former national security adviser Mike Flynn. 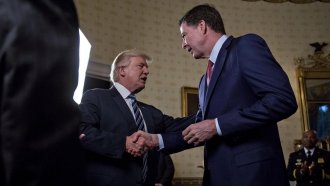 But classified or not, all FBI employees sign an agreement barring them from disclosing certain material without written consent. And The Hill reports the FBI considers all of Comey's memos to be government documents.

It isn't yet known if Comey signed this same agreement as FBI director. It's also unclear what the consequences are for sharing such information without permission.

Comey handed over his memos to special counsel Robert Mueller, who's leading the FBI investigation into Russian meddling in the 2016 U.S. presidential election.