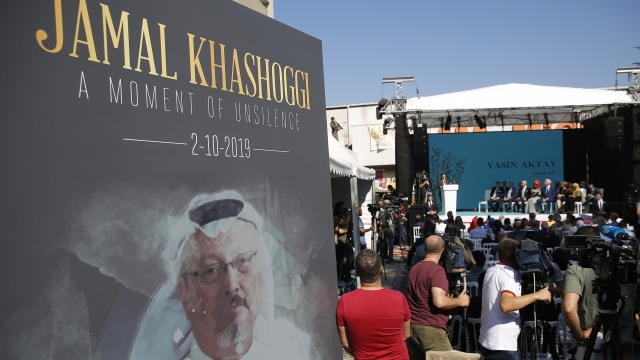 Top officials on the Senate Intelligence Committee are seeking to declassify information that may link Saudi Crown Prince Mohammed bin Salman to the 2018 murder of journalist Jamal Khashoggi.

The Washington Post, quoting anonymous sources, reported Tuesday that classified materials reveal the crown prince's direct role in the execution of Khashoggi, a Post columnist and harsh critic of the Saudi government and its military campaign in Yemen.

The Republican chairman and top Democrat on the Intelligence Committee want those materials made public. According to a letter obtained by The Post, senators Richard Burr and Mark Warner asked acting National Intelligence Director Richard Grenell to reverse a decision to keep the information secret.

The crown prince, the son of Saudi King Salman, is the de facto leader of Saudi Arabia and has had a strong working relationship with the Trump administration.

The New York Times reported last month that intelligence reports say the crown prince suggested targeting Khashoggi, a Virginia resident, if he refused to return to Saudi Arabia and stop criticizing its government. The Wall Street Journal reported in December that the crown prince sent nearly a dozen messages to a top adviser who directed a team that killed and dismembered Khashoggi at the Saudi consulate in Istanbul.

Saudi Arabia has ordered 11 people to stand trial for the killing but has denied any involvement by the crown prince.