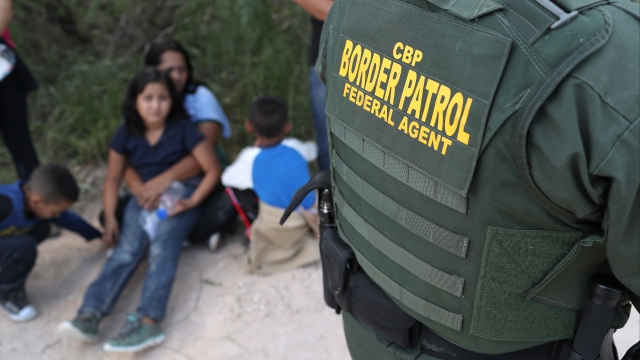 SMS
Report Says Migrant Families Still Being Separated At US-Mexico Border
By Katherine Biek
By Katherine Biek
February 21, 2019
The Texas Civil Rights Project says it counted at least 272 separations around McAllen, Texas, in the last half of 2018.
SHOW TRANSCRIPT

A Texas-based civil rights group says the Trump administration separated more migrant families who crossed the border from Mexico in the last half of 2018 than it previously disclosed.

In a report released Thursday, the Texas Civil Rights Project said that between June 22 and December 17, of last year, it counted 272 instances of adults being separated from a child family member at or near McAllen, Texas.

The group said 38 of those cases involved a parent or legal guardian, while the rest were children who were crossing the border with relatives who weren't their parents, like grandparents, aunts, uncles or adult siblings.

In a statement, U.S. Customs and Border Protection called the report "flawed."

The Department of Homeland Security announced late last year that border agents had separated 81 children from family members at the U.S.-Mexico border between June 21 through November 30. It said such separations only occur in certain cases, like if the adult accompanying the child is not his or her parent or legal guardian or if the adult is involved in criminal activity.

In both instances, the numbers account for separations that reportedly took place after President Trump signed an executive order last year allowing migrant families to be detained together.