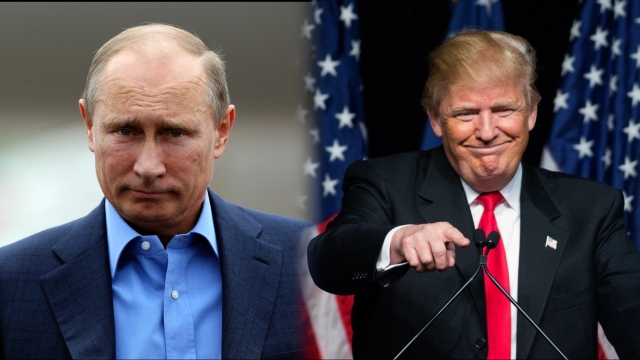 SMS
Report: Russia Tried To 'Infiltrate' Trump Campaign Through Advisers
By Lauren Stephenson
By Lauren Stephenson
April 21, 2017
According to a CNN report, U.S. officials picked up on conversations between "several" Trump advisers and Russians known to the intel community.
SHOW TRANSCRIPT

It turns out Russia used more than hacking to try to influence the outcome of the 2016 election. According to a new report from CNN, Russian spies tried to work their way into the Trump campaign through its advisers.

The report, which cites unnamed U.S. officials, says intelligence officials in the U.S. and Europe picked up on communications between "several Trump advisers" and "Russian officials and other Russians known to Western intelligence during the campaign."

The news comes fewer than two weeks after The Washington Post reported the Justice Department got a warrant to monitor the communication of a former Trump adviser.

That adviser, Carter Page, is also the subject of the new report from CNN.

Page admitted to BuzzFeed News earlier this month that he met with an undercover Russian spy in 2013. He said he didn't know at the time the man was a spy and that the meetings they had focused on the energy business.

To be clear, the meetings took place two years before Trump entered the presidential race. And according to CNN's sources, Trump and Page hadn't even met when Trump named Page as one of his national security advisers in March 2016.