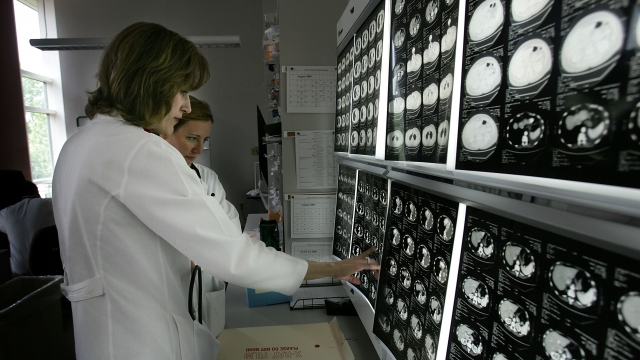 By Gage Jackson
January 8, 2020
A report from the American Cancer Society says the cancer death rate dropped 2.2% from 2016 to 2017.
SHOW TRANSCRIPT

The rate of cancer deaths in the U.S. continued to drop for the 26th straight year, according to a new report from the American Cancer Society.

The death rate has dropped by 29% since 1991, which translates to an estimated 2.9 million fewer cancer deaths than if the death rate had remained constant. The data also showed a record one-year decline of 2.2% from 2016 to 2017.

The driving factor behind this drop is a significant decline in deaths from lung cancer, though it remains the leading cause of cancer death.

Rebecca Siegel, an author of the report said, "The biggest driver is the reductions in smoking, but also contributing are improvements in treatment as well as early detection for some cancers, like breast and colorectal cancer."

Despite the progress, cancer is still the second-leading cause of death in the U.S. behind heart disease, and declines in many other types of cancer have slowed.

This may be due to the rapidly increasing age of the U.S. population, since cancer is more prevalent in older people.