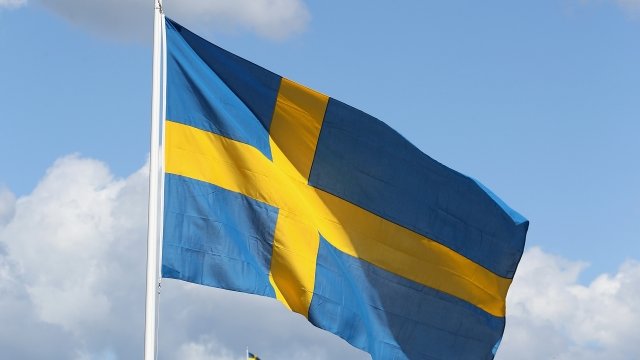 SMS
Sweden Is The Best Country In The World If You're An Immigrant
By Gabrielle Ware
By Gabrielle Ware
July 10, 2017
U.S. News & World Report says Sweden is the best country for immigrants to live in.
SHOW TRANSCRIPT

A new study by U.S. News & World Report says Sweden is the best place to be an immigrant. And when you do some digging, it's really not hard to see why.

The Scandinavian country, which the outlet also ranks sixth best in the world, spends a large amount of money on its public services. Both public education and health care are free.

The country also tends to be very welcoming to immigrants. But an influx of migrants in recent years may result in stricter policies.

The report is part of the outlet's annual best countries survey, which polls more than 21,000 people around the world to measure income equality, economic outlook and overall opinions about each country.

The U.S. currently has the highest number of immigrants at 46 million, but only ranked at No. 7 due to perceptions of income inequality.

The U.S. also has a growing nationalist movement. President Trump campaigned on building a border wall and implementing a travel ban to control immigration.

A study by the National Academies Press estimated that immigrant workers contributed $2 trillion to the U.S. economy last year.

Other major Nordic countries, like Norway, Finland and Denmark, also made it into the top 10 list of best countries to be an immigrant.