Report: No Priests Accused Of Abuse Are Still In The NY Archdiocese 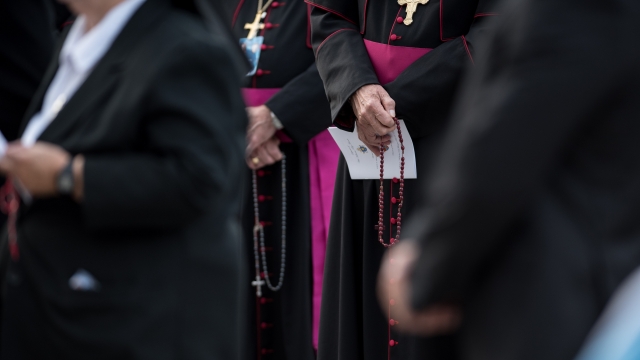 "As I mentioned already, the archdiocese follows strict protocols in every one of the cases that comes to it, every time it receives an allegation of sexual abuse of a minor, and no matter how long ago the alleged abuse occurred."

An investigator's report says not a single priest who's faced a "substantiated" sexual abuse allegation in the Roman Catholic Archdiocese of New York is still in the ministry.

Last summer, nearly 300 sexual abuse lawsuits were filed against the state's eight dioceses. In September 2018, the church appointed Barbara Jones, a former federal judge, to investigate how the archdiocese handled abuse allegations and to recommend improvements to its policies.

Jones said the vast majority of abuse took place before 2002 and that she'd only identified two substantiated allegations of abuse taking place since then. She also said overall, the archdiocese "has faithfully followed its policies and procedures and responded appropriately to abuse complaints, and is committed to supporting victims-survivors of abuse."

First, Jones recommended the diocese hire a person whose sole responsibility is to oversee its response to sexual abuse complaints. She did not specify whether or not that person should be a member of the clergy.

Second, she called for mandatory yearly "Safe Environment" training for anyone in the archdiocese who works with children.

And the archdiocese has already implemented Jones' recommendation that it create an electronic system to keep track of all sexual abuse allegations. It stores case documents and files "from first report to final resolution." She said she's been using the system for months and that it's "working well."

According to Jones' report, the archdiocese has already paid out more than $67 million to 338 sexual abuse survivors through the Independent Reconciliation and Compensation Program, which will also see enhancements.