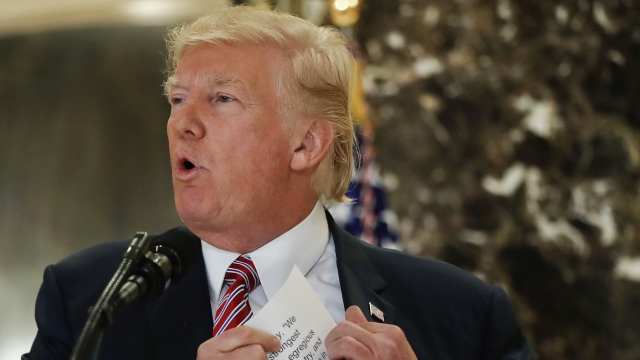 President Trump told a Georgia elections investigator to "find the fraud," according to a new report in The Washington Post.

If the allegation is true, experts told the newspaper, it could open the door for potential obstruction of justice and other charges against the president. However, they said criminal conduct may be difficult to prove because the call wasn't recorded.

An unnamed source told The Post that President Trump placed a December 23rd call to an investigative chief for Georgia's Secretary of State's office. The state investigator wasn't named to protect their safety.

The Post reported that President Trump told the investigator that they would be a "national hero" for finding fraud — as the investigator was heading a probe into accusations of voting irregularities in an Atlanta suburban county. Those accusations were later found to be without merit.

Secretary of State Brad Raffensperger confirmed the call Friday, but said he was unaware of what the president told the state investigator.

He said: “That was an ongoing investigation ... I don’t believe that an elected official should be involved in that process.”

President Trump was criticized last week for a similar call on Jan. 2, in which he pressured Georgia officials to "find 11,780" votes to overturn President-elect Joe Biden's win. That time, Georgia officials recorded the call.