Report Links Some Of California's Deadly Fires To Power Lines 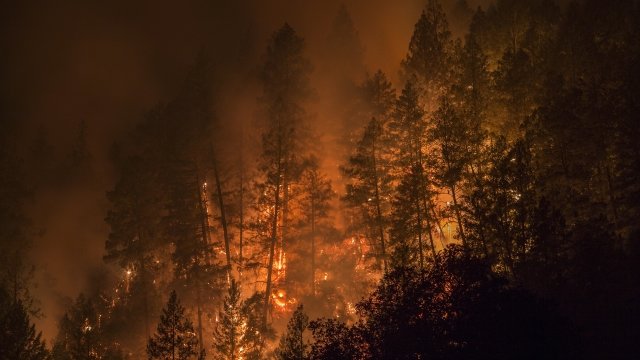 At least 12 of the Northern California wildfires last fall have been linked to power lines, according to a report from the state's Department of Forestry and Fire Protection.

The report released Friday included information about the department's investigation into some of the more than 170 fires that burned at least 245,000 acres in October.

It found that 12 of the fires were started by power lines or power line failures, most often because trees or branches came in contact with them. Those 12 fires killed 18 people, burned more than 170,000 acres and destroyed almost 3,000 structures.

This report could lead to some issues for the state's electric companies, since California law says they can be held responsible for the cost of fire protection.

And according to the San Francisco Chronicle, one electric company in the area is already facing more than 50 lawsuits accusing it of causing last year's fires.