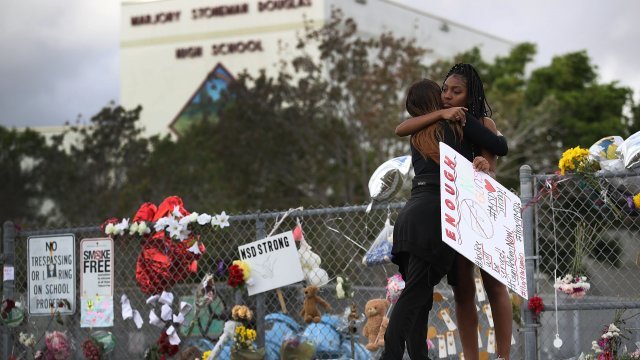 The draft report found several campus doors were unlocked and unsupervised, and that there were no designated areas for students to hide. It also found the school had too few security cameras and no campus-wide PA system that could have been used to alert students and faculty of the threat.

According to the report, school personnel failed on multiple occasions to alert authorities or call a "Code Red," which locks down the school, upon seeing the suspected shooter on or near the campus.

The commission says one school monitor saw the suspected shooter walk onto campus with a rifle bag, but that they did not call a Code Red. Another security monitor reportedly failed to order a lockdown and hid in a closet when shots rang out.

The school's resource officer, the only armed school official on campus, reportedly "failed to act consistent with his training" and hid for nearly 48 minutes.