Report: One-Third Of Himalayan Glaciers Will Melt By End Of Century 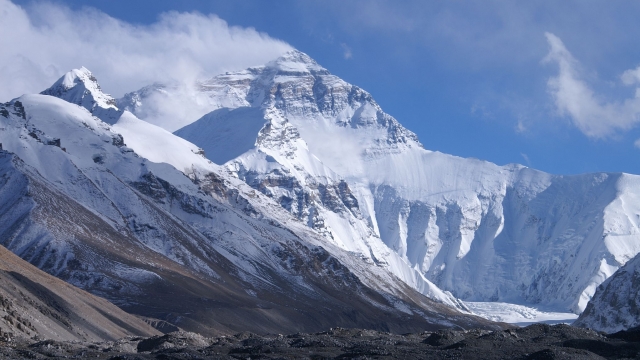 SMS
Report: One-Third Of Himalayan Glaciers Will Melt By End Of Century
By Ahmed Jawadi
By Ahmed Jawadi
February 4, 2019
​Even if Paris climate agreement goals are met, scientists say the Himalayas are set to lose more than 30 percent of their glaciers by 2100.
SHOW TRANSCRIPT

At least one-third of the ice in the Hindu Kush Himalaya region will melt by the end of the century, according to a new report.

Scientists from the International Center for Integrated Mountain Development say rising temperatures are behind the accelerated thawing of glaciers in the area. They also say that even if the strictest goals of the Paris climate agreement are met, the Himalayas are set to lose more than 30 percent of their glaciers by 2100. But if those goals are not met and greenhouse gas emissions continue at their current rate, the region could lose two-thirds of its glaciers in the same time.

Glaciers in the Hindu Kush Himalaya region, which stretches over 2,000 miles across eight countries and includes Mount Everest, provide water resources to about a quarter of the world's population. Around 70 percent of that population are farmers who rely on glacier melt water in the dry season. And the study says the thaw could set off a disastrous chain reaction: It could disrupt river flows, which could lead to extreme flooding and droughts, which could bring about more food insecurity and disrupt hydropower energy production.

A U.N. report last year found that if warming continues as it is now, global temperatures will likely reach 2.7 degrees Fahrenheit above pre-industrial levels sometime between 2030 and 2052. But the new report says the increase will likely be even greater in the Himalayas, as more and more evidence suggests warming rates are greater at higher elevations.