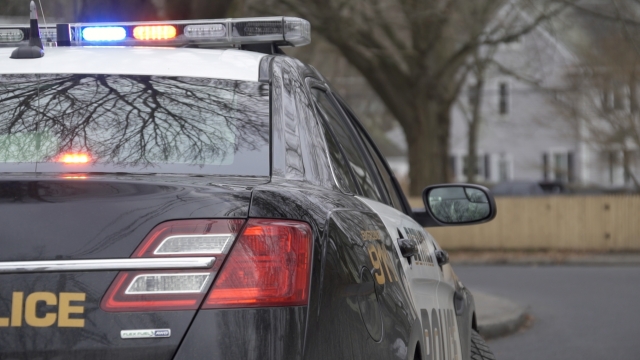 As the nation reels from yet another COVID surge, a new report shows the toll this disease has taken on U.S. law enforcement.

Looking at all the ways officers died on duty in 2021, the National Law Enforcement Memorial Fund says last year was the deadliest for U.S. law enforcement in history with 458 total fatalities.

That's a 55% increase compared to last year and 146 more deaths than the previous record year.

Troy Anderson is the executive director of safety and wellness for the National Law Enforcement Memorial Fund and a retired police sergeant.

"I think that number surprised everybody. I mean, quite frankly, that's a staggering number," he said. "There are no hostages in policing — people come into police work because they want to do better. They want to leave it better than they found it. They believe in the core values of what this is. But they didn't sign up to die. Nobody signed up to die."

COVID was far and away the leading killer of law enforcement officers in 2021 — accounting for 65% of total fatalities.

"I think there's a couple factors here," Anderson said. "No. 1, I think to look at the police culture in general, it is a change-averse culture in many ways, that is sometimes resistant to some change. And I think that it is a very closed-off culture. So we don't tend to let in a lot of information from the outside sometimes. … Police officers want to make their own determinations."

Despite the clear and present danger COVID presented to officers around the country, vaccine mandates were met with considerable pushback.

"I've made my status very clear, but I do not believe the city has the authority to mandate that to anybody let alone that medical history information," Chicago Fraternal Order of Police President John Catanzara said.

In Chicago, the local police union is still fighting a department-wide vaccine mandate, and more than 240 officers have lost pay since the mandate took effect back in October.

Similar lawsuits have been filed in Los Angeles, Seattle, Boston and elsewhere.

Jim Burch is the president of the National Police Foundation.

"I look at the 19 killed in ambush-style killings. That is so high. That number has gone up so far," Anderson said.

The rise in firearm-related fatalities has corresponded with a significant rise in overall violence across the country in 2021, though there's not enough data available to say the two are related.