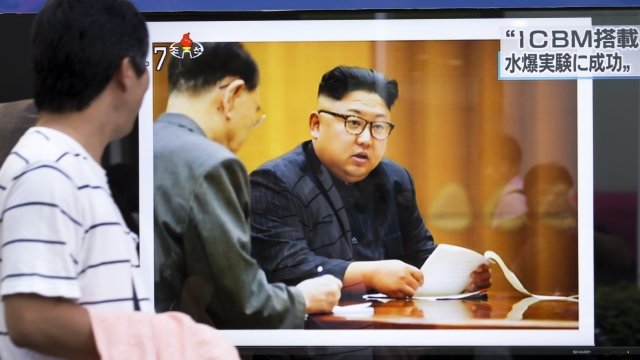 SMS
Tunnel Collapse At North Korea Nuclear Site May Have Killed 200 People
By Lindsey Pulse
By Lindsey Pulse
October 31, 2017
It's unclear when the incidents happened, and officials haven't verified the report from Japanese media.
SHOW TRANSCRIPT

An underground tunnel at North Korea's nuclear test site reportedly collapsed. Around 200 people may have been killed.

It's unclear when all this happened. Officials haven't verified the Japanese report.

North Korea conducted its sixth nuclear test in early September. Shortly after, satellite images showed what experts said were landslides throughout the area on Mount Mantap. 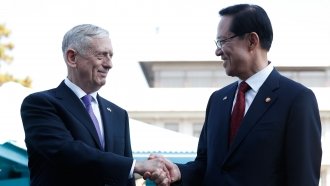 At the time, some Chinese experts warned the mountain might not hold up if the Hermit Kingdom keeps testing.

More recently, analysis group 38 North speculated if the peak could be suffering from "tired mountain syndrome." That happens when nuclear testing fractures the surrounding rock, increasing the risk of radiation seeping into the environment.