Report: North Korea Miniaturized A Nuclear Warhead To Fit On A Missile 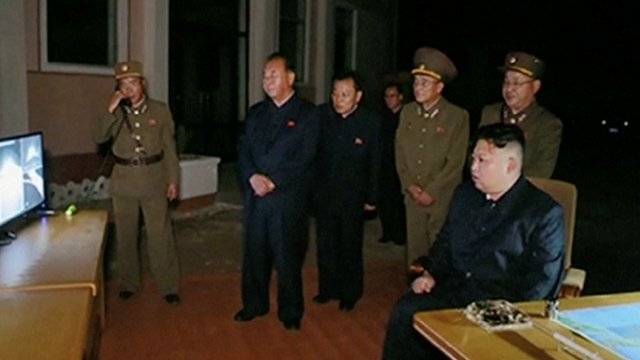 SMS
Report: North Korea Miniaturized A Nuclear Warhead To Fit On A Missile

By Jake Jones
August 8, 2017
The Washington Post reports North Korea has built a miniaturized nuclear warhead that can fit inside an intercontinental ballistic missile.
SHOW TRANSCRIPT

A new report from The Washington Post indicates North Korea has developed a miniaturized nuclear warhead capable of fitting inside a missile.

The report cites U.S. intelligence officials and says the information comes from a confidential assessment. According to an excerpt obtained by the Post, the assessment reads, in part: "The IC [intelligence community] assesses North Korea has produced nuclear weapons for ballistic missile delivery, to include delivery by ICBM-class missiles."

This new conclusion contradicts previous beliefs that North Korea was years away from miniaturizing a nuclear weapon. While the country claimed to have developed and tested a miniaturized nuclear warhead last year, experts were skeptical. 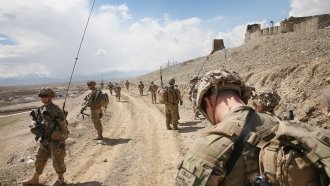 If the latest U.S. intelligence is accurate, the question now is whether North Korea can successfully mount and launch a nuclear warhead on an ICBM, or intercontinental ballistic missile.

North Korea says it successfully launched an ICBM on July 4 and again on July 28. The country said that second test showed re-entry capability, though experts were also skeptical of that claim.

That means right now, even if North Korea has a nuclear warhead and an ICBM to put it on, it still lacks the capability to hit a specific target. But experts say it could hit that milestone as early as next year.