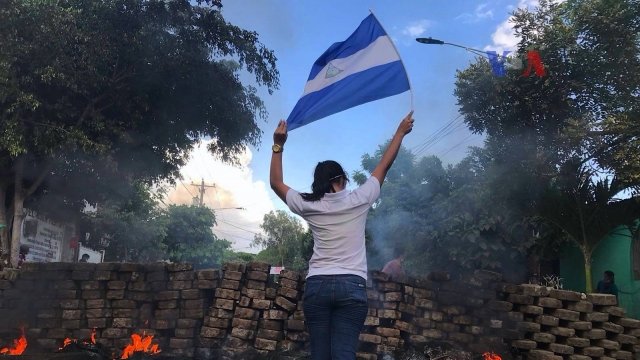 SMS
Report: Nicaragua Using 'Shoot To Kill' Policy To Deal With Protests
By Katie Cammarata
By Katie Cammarata
May 30, 2018
Amnesty International released the report Tuesday detailing the country's response to the protests that have been going on since April.
SHOW TRANSCRIPT

A report from Amnesty International says Nicaraguan officials are using a "shoot to kill" policy to deal with recent protests.

The report, released Tuesday, concluded that the Nicaraguan government's response to the protests "has been fundamentally unlawful and beset with serious human rights violations."

The report says authorities used excessive force and, in some cases, extrajudicial execution to suppress the protests. It also said there were "attempts to obstruct justice and cover up the nature of the killings."

Amnesty International's report says at least 81 people have been killed, almost 900 injured and more than 400 arrested in police response to the protests. CNN reports that the Nicaraguan government has said 15 people have died since the protests began.

The government eventually reversed the reforms, but the demonstrations continued. Now protesters are calling for Nicaraguan President Daniel Ortega to step down and for "democratization" through changes to electoral laws.