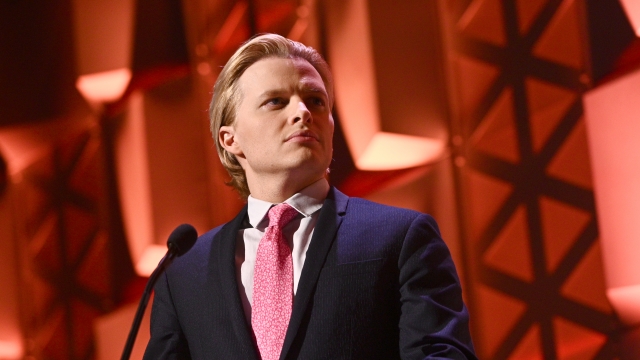 NBC News is hitting back at reporter Ronan Farrow over his new book "Catch And Kill," which chronicles his investigation into Hollywood producer Harvey Weinstein and reports of sexual misconduct in media and politics.

In the book released Tuesday, Farrow writes that NBC executives tried to slow down or even stop his efforts to uncover Weinstein's alleged sexual misconduct. Farrow worked for NBC News between 2014 and 2017. He eventually left the network and published his report on Weinstein in The New Yorker — a story that helped launch the worldwide #MeToo movement. NBC has said it passed it on the Weinstein story because it didn't have enough on-the-record sources, but that it didn't stop Farrow from publishing the story elsewhere.

The book also dives into NBC's firing of former "Today" anchor Matt Lauer in 2017 over accusations of sexual misconduct. Farrow alleges NBC paid out multiple settlements to employees who complained about Lauer before his dismissal. Lauer has denied any misconduct.

And in a memo to staff Monday, NBC News President Noah Oppenheim reportedly challenged Farrow's work, saying Lauer's alleged abuses "should never have happened" and that the book "takes that undeniable fact and twists it into a lie." He alleged Farrow had an "axe to grind" against the network.

Oppenheim reportedly wrote: "I feel absolutely terrible that these three employees were subjected to Matt Lauer's horrific behavior, but the facts do not support Farrow's allegation of a 'cover-up,' and he offers no further evidence."

Farrow stood by his reporting Tuesday during an interview with CNN. He said there was an "indisputable" paper trail of settlements paid out by NBC. But he also said his book isn't about NBC's alleged handling of accusations against Lauer or Weinstein.

He said: "We are, correctly, asking tough questions. And the tough journalists at NBC and other places that have been exposed for this kind of pattern of corporate misconduct are asking tough questions about the use of these agreements and the culture of silence. That is bigger than any one network — it is a cultural problem in corporate America."