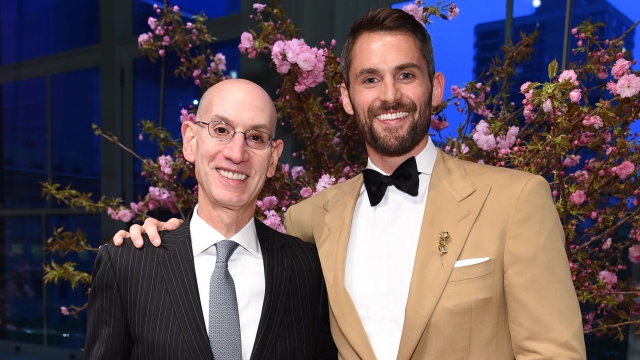 The NBA is reportedly looking into revamping its mental health policies for the 2019-2020 season. According to The Athletic, the league will soon implement new mental health initiatives that all 30 teams must comply with.

The terms of these guidelines are still unofficial. But they'll reportedly be introduced during a mental health and wellness meeting in September that every team has to attend.

According to The Athletic, it's rumored that one of the new rules will require each team to have at least one licensed psychiatrist available to players on a voluntary basis.

This comes after several NBA players have shared their own struggles with mental health and the importance of maintaining mental stability.

Back in March, Cavaliers forward Kevin Love shared an essay with The Players Tribune that said, in part: "Mental health isn't just an athlete thing. Everyone is going through something that we can't see."

Love's essay also details the time he had a panic attack during a game. He said despite the number of professionals an NBA team has available, there was nobody to help him in this situation.

League Commissioner Adam Silver has been adamant about making the NBA a players' league and has taken these critiques seriously.

"We are living in a time of anxiety," he said. "I think it's a direct result of social media. A lot of players are unhappy."

The league recommended mental health practices to all 30 teams in 2018, but this new initiative to turn them into requirements is reportedly intended to create consistency across the NBA.