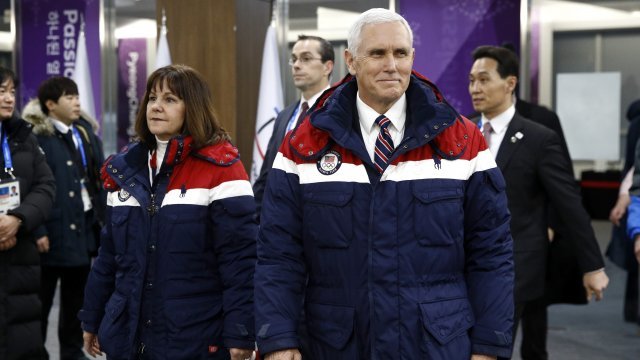 Vice President Mike Pence was supposed to have a secret meeting with North Korean officials while he was in South Korea for the Winter Olympics, but North Korea canceled at the last minute.

One of those officials included Kim Jong-un's sister Kim Yo-jong, according to statements Pence's office made to The Washington Post.

Pence had tough words about North Korea ahead of the games. A couple days before the opening ceremony, he said, "We will not allow North Korean propaganda to hijack the message and imagery of the Olympic Games."

Pence's chief of staff said Tuesday, "North Korea dangled a meeting in hopes of the vice president softening his message, which would have ceded the world stage for their propaganda during the Olympics."

He continued, saying North Korea had a "desire to whitewash their murderous regime with nice photo ops at the Olympics."